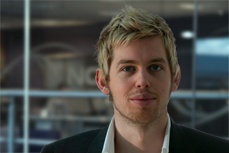 With another rise in youth unemployment expected in this month’s official figures out today, questions are being raised as to whether a new generation of young entrepreneurs will be created as enterprising young people go into business for themselves.

Andrew Gilbert, Managing Director of data centre and communications firm Node4 began his company at age 23, being a part of what is now considered the troubled 16-24 age bracket. He seized an opportunity to set up his company that has grown 363% over the last five years and now has a turnover in excess of £11m per year.

He said, “The 16-24 age range is a very significant period for young people in the formative years of their working lives. Many talented young people who are struggling to get their foot on the career ladder will be forced by the economic conditions to set up their own enterprises. Many people had great ideas in the past for new businesses but may not have had the courage to go it alone. In the current economic climate, the severe constraints we currently have make starting up a business a much more appealing option.

“At the age of 23, I was very fortunate in that I had an idea for my business which I felt could work but I also had the courage to follow through along with supportive investors. But at the centre of my plan was the desire to control my own destiny and develop my idea to empower businesses to save money through technology. Today, that dream has resulted in Node4 owning a string of rapidly growing data centre sites across the UK, making us Britain’s largest independent provider of local data centres. What UK industry needs is for more young people to be more enterprising by researching their ideas and applying their talents, bright minds and aspirations to the world of business.”