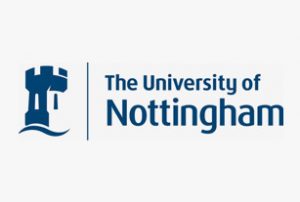 The University of Nottingham is one of the first leading redbrick universities seeking to maximise and drive efficiencies across their multi campus site with the help of local companies. The university was looking for an innovative technology company in the local area to help cut the costs of its telephone exchange network and consequently maximise efficiencies across the multi-campus site. Following a recent installation of a SIP telephony system, the University planned to migrate the existing 11,000 analogue telephone users over to this technology over a number of years. The University of Nottingham connected its SIP telephony system to Node4, a local award winning data centre specialist by making full use of the trunks (a service that permits businesses to use Voice-over-IP also outside the enterprise network by using the same connection as the Internet connection) for outbound calls. Direct Dial numbers were later ported over from another provider to Node4 to give a local number presence at the School of Nursing site in Mansfield. Node4 have provided DDI ranges for other remote Nursing centres in Lincoln, Boston and Grantham via the link at Nottingham. Using the resources of a local company to maximise efficiencies across their multi campus site was instrumental in making the decision.

“After the success of SIP trunking we had an urgent requirement for internet connectivity for our commercial tenants. We were experiencing congestion problems with our existing commercial link and needed a quick resolution. Node4 was able to provide an extremely competitive cost to provide a link in a timely manner. The connection was installed and has solved our problems.”

About The University of Nottingham

Notes to editors and journalists

The University of Nottingham, described by The Times as “the nearest Britain has to a truly global university”, has award-winning campuses in the United Kingdom, China and Malaysia. It is ranked in the UK's Top 10 and the World's Top 75 universities by the Shanghai Jiao Tong (SJTU) and the QS World University Rankings.

The University is committed to providing a truly international education for its 39,000 students, producing world-leading research and benefiting the communities around its campuses in the UK and Asia.

More than 90 per cent of research at The University of Nottingham is of international quality, according to the most recent Research Assessment Exercise, with almost 60 per cent of all research defined as ‘world-leading’ or ‘internationally excellent’. Research Fortnight analysis of RAE 2008 ranked the University 7th in the UK by research power.

The University’s vision is to be recognised around the world for its signature contributions, especially in global food security, energy & sustainability, and health.

More news from the University at: www.nottingham.ac.uk/news/index.aspx