Node4 has appointed Andrew Wilson to the newly created position of Director of Channel Sales. Andrew, whose previous position was with Virgin Media Business, brings an impressive track 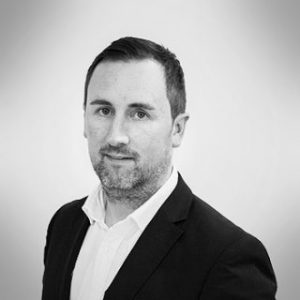 record to his new role with Node4, where he will be responsible for developing the channel for the company’s comprehensive service portfolio.

During his tenure at Virgin Media Business, Andrew designed and launched a new route-to-market, bringing Virgin’s ultrafast broadband products to the channel for the first time. Prior to that he was Head of Indirect at Daisy Plc, where he delivered sustained growth across a wide range of channel verticals. Andrew has also enjoyed successful channel roles at RMS IT Security Ltd and Redstone Managed Solutions.

Paul Bryce, Business Development Director, Node4, comments: “This is an important hire for us and signals Node4’s long term commitment to the channel. Andrew brings a wealth of extremely valuable channel experience to our business and we expect him to play a key strategic role in helping us fulfil our ambitious growth plans.”

Andrew added: “I was attracted to Node4 by the quality of its leadership team and the strength of its end-to-end product portfolio. Few organisations have such a complete offering and this, together with the fact that they have built their own infrastructure from the ground up, puts them in a league of their own. My first priority will be to educate the channel about the opportunity to work with Node4 to open up new revenue opportunities. We are looking for new partners that offer the right strategic fit.”

Andrew’s appointment follows a period of sustained success and growth for Node4. Within the last three years Node4 has tripled its staff, grown its customer base to 900, and expanded its geographical presence and cloud services portfolio. It recently announced a new principle investor, Bowmark Capital, which has committed £40m of follow-up funding for Node4’s ambitious growth and acquisition plans over the next three years.

END_OF_DOCUMENT_TOKEN_TO_BE_REPLACED

Node4 announces today that it is working with Sutton Winson, one of...