Data centre provider Node4 is the company to watch in 2012 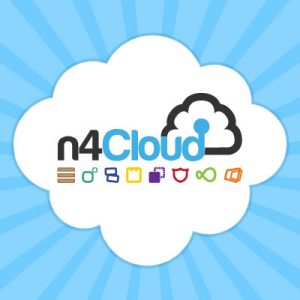 Ambitious plans and growing trends in cloud computing position Node4 as a company that will lead the pack this year.

By 2014 more than 50% of global workloads will take place in the cloud, rising to 57% by 2015, predicts Cisco’s Global Cloud Index. For 2010, that number was just 21%. By 2015, one-third of data centre traffic will be cloud traffic. Cloud computing, and “meeting the big data challenge” are two of Gartner’s Top Ten strategic technology trends for 2012.

Midlands’s data centre and unified communications provider Node4 is very much a company to watch in this space. Founded by cloud visionary and 2011 Data Centre Entrepreneur of the Year Andrew Gilbert, its mission is to transform the way that organisations manage data in the UK. Selecting sites situated close to the UK’s large cities such as Northampton, Derby and Leeds, to build its state-of-the-art data centres, Node4 is catering to the many UK businesses wishing to store their data close to where they do business.

Following this strategy, the company has already become the UK’s largest independent provider of data centres, and is currently preparing to go live with its fifth UK data centre in Leicester. The company reached a phenomenal £11 million turnover in the space of just eight years, and has maintained a growth rate of 60% year on year for the last three years in a tough economic climate.

What Node4 supplies are clearly in great demand. A report commissioned by BT Engage IT learned that 70% of CIOs across a broad range of UK industries, and 76% of small business CIOs, thought virtualisation and cloud-based technologies had had the biggest positive impact on their businesses last year. At a time when every business is going through its IT budgets with a fine toothcomb, this is head turning news. And businesses are getting increasingly knowledgeable now about where cloud can help them. Gartner records a trend of enterprises moving away from merely trying to understand the cloud, to making targeted decisions on which workloads to implement on it.

Node4’s Andrew Gilbert looks forward to continuing growth in this area: “We expect there to be further adoption of the cloud in 2012”, he predicts, “as increasing numbers of companies want to take advantage of the flexibility, increased efficiency, resource and cost savings, and sheer peace of mind offered by our network of secure, reliable and resilient local data centres. At a time when cost pressures loom large, the lower maintenance costs are a great incentive, as well as the ability of spread them into operational expenditure rather than taking the hit upfront.

“Node4’s hybrid solution of a private cloud with a shared infrastructure helps address some of the fears that initially surrounded the technology. Finally, it’s all part of helping to smooth the way for the UK’s data-rich, knowledge-based economy to emerge out of recession and into recovery and growth.”

Node4 also offers a wide range of options on connectivity, as well as hosted telephony with up-to-the minute functionality, and all of this is supported by Node4’s impeccable customer service. Node4 prides itself on listening closely to its customers and delivering what they really want. This means customers can concentrate on doing what they do best, running their businesses, secure in the knowledge that their IT needs are fully taken care of. In challenging economic times, this is an invaluable competitive advantage and is the reason why, when comes to the cloud, Node4 is definitely the company to watch in 2012.