Why Ransomware Now Hides in your Systems for Months 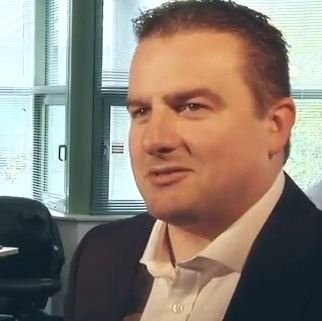 Cybersecurity maturity underpins a digitally transformed business. But many decision makers have shared with Node4 that increasing ransomware attempts pose a major challenge to digital transformation.

These leaders are acutely aware that robust cybersecurity defence is imperative, but they’re battling to keep up with new ransomware strains and evolving attack techniques.

And one of these techniques in particular is cause for considerable worry and set to define the attack landscape in the year ahead. Ransomware that sits hidden within networks, undetected by typical perimeter security software for days, weeks and now, months. Some of the most common hiding places are:

Threat actors lay dormant – referred to as dwell time – and strategically plan an attack launch date to cause maximum damage. Although this practice isn’t new, our experts are finding that the extensive dwell times being charted recently are moving from days (which this time last year was 11 on average) to months. This method of deploying ransomware can provide attackers more time to identify lucrative data including backups which, if encrypted, can severely impact recovery time making it a mission-critical threat.

Because attackers are present inside systems for so long, encrypting or wiping backup after backup, an organisation may be forced to go back months to access a system restore. In a fast-moving, high data generation world, it is unlikely that a months (or weeks) old backup will bear any semblance to a business position at the point of ransomware launch.

Why are ransomware dwell times getting longer, and why should you be on high alert?

Think about a typical ransomware attack on a well-defended business. The moment malware is launched, a fleet of cybersecurity mechanisms jump into action before extended downtime and irreparable harm occurs. That fast detection and diffusing means a lesser opportunity for cybercriminals to fully deploy an attack and benefit financially.

To outsmart increasingly intelligent monitoring, detection and response tools, threat actors mustn’t make so much noise – and be more incognito. Sneaking into systems and files slowly and gradually is less likely to set off alarm bells, leading us to our next point…

Monitoring tools usually only identify ransomware once an attack is launched. But if malware hides in a network for an extended period, threat actors can undertake other high-value activities such as lateral movement across a network and reconnaissance to identify the sharpest paint point for exploitation further down the line.

With knowledge and data in their back pocket, cybercriminals can deploy a ransomware attack that causes the most possible pain and desperation. Thus, promising more lucrative ransom demand. And with sensitive data attracting a high price on the dark web, for many threat actors a ransom is simply a bonus achieved with scarce extra effort.

What can you do to mitigate the impact of hidden ransomware attacks?

Concerned about your security posture? Spending more time keeping up with the latest security solutions than you are developing your business?  Speak to Node4  about our Security as a Service solution to defend your business from advanced cyberthreats.