We Were Geeks before it was Cool… 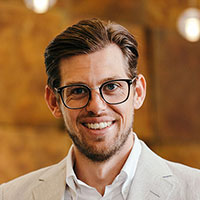 Since it’s 15 years ago, almost to the day, that I started Node4, I thought I’d say a few words.

People often ask me how I came up with the name for the business; why the number 4? The truth is that there really is no exciting creative story behind it at all, perhaps I should have made something up all those years ago. I think I just wanted a name that had a number in it, and Node4 sounded good – and the domain was available! I know, what can I say? The reality is simple sometimes.

When we first started out, I had no intention or idea that investors would value the business at £42 million, just seven, short years later. Originally, I just wanted to build cool things and pay my average-sized bills. I think it’s important to share this with other budding start-ups, because it was our commitment to building great things and looking after our customers that led to our valuation. Not our commitment to making money that led to our current footprint, infrastructure, or portfolio. Our focus on building, developing and delivering was the secret to our success.

We are techies who sell stuff, not salespeople who sell technology, which means we stay innovative without ever trying. We are constantly thinking about how our solutions can evolve because it’s our passion. An obsession with the bottom-line stunts growth and progress, particularly when you are starting out. We aren’t led by revenue; we are steered primarily by an enthusiasm for what we do. We like to impress customers with what we know and can deliver. We were geeks before it was cool.

I think a lot of successful start-ups are the same. Founders need to be genuinely obsessed with the process, so that they don’t get weighed down by the balance sheet.

Since 2004, we’ve gone from just a handful of loyal employees to approximately 250 staff. We’ve built three enterprise-grade data centres, our own network, great relationships with other amazing technology companies, a brilliant brand, enviable portfolio and won a host of awards and accreditations.

We’ve all evolved and matured alongside the business and that’s an incredible thing to witness because many of the people that I was wise, or lucky enough, to hire when we first started out, are still here. Some have stayed in the same roles but now head up large teams working in their specialisms, some have moved position to find their perfect fit, and others have left us to go and explore, but then came back. The business still feels like a family. The only thing I guess I’d change regarding our people, is that I should have hired the brightest people as I met them and not just as I had a role for them. I perhaps could have had people on board a lot earler than they were that way. When you meet great talent, make a space. You always get your ROI. Happily, I think it’s all worked out. Most of the them are still here, achieving amazing things and working alongside the mates they have built the business with.

It’s now impossible for a tea run to involve everyone in the company getting a brew and we’ve had to put a lot of new procedures in place as we have grown, but I think, at our core, we are still the same. Everyone still gets regular treats and we still run fun, silly competitions and events. There’s still a lot of laughing throughout the different offices.

The only real change in culture– which is a shame but entirely necessary – is that we’re a lot less ‘stuff it, let’s do it’ (although perhaps not quite the words Sir Richard Branson would use) and a lot more ‘stuff it, let’s think about it and do it with a seamless strategy’. I appreciate the latter wouldn’t look as cool on a hot-air balloon, but businesses (like technology) need to transform and evolve to stay relevant to best serve their customers, and like I said, with so many technology advocates here, we’ll never be stuck for new, ground-breaking ideas anyway. Managed services and cyber security need to be delivered faultlessly.

It’s hard to say what will change in the next 15 years. Everything evolves and moves so quickly. So, I’ll stick with guessing what I think will stay the same. We’ll keep working together, having fun, solving business problems, building cool stuff, cementing great relationships, and we’ll see what we can achieve from there.

Thanks for the last 15 years team!
Andy Gilbert