The rise and rise of Cisco Webex 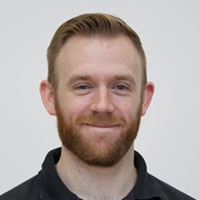 Cast your minds back to 2003, Tony Blair is Prime Minister, The Black-Eyed Peas are flying high in the UK Top 40 and Manchester United has acquired a little-known Portuguese winger called Cristiano Ronaldo. I work for a railway engineering firm in Derby as an IT admin. It's my first ever 'proper' job and I'm responsible for fixing printer jams and explaining to Dave in Accounts how to merge spreadsheets.

My other job is to set up the Polycom video conferencing (VC) unit when it's needed for a meeting, but this is no ordinary VC kit though. It's a state-of-the-art Polycom Viewstation PVS-16XX, boasting a quad BRI module, sat atop a 32" Sony CRT on wheels. Utilising four ISDN circuits, it is able to connect at a whopping 512kbps, linking offices with site-to-site video.

Despite its astounding technical features, however, it is sadly so time-consuming and complicated for the average mechanical engineer to set up and connect the sites together, it is ridiculously underused. It gathers dust in the corner of a store room and is only rolled out a handful of times a month. 2003 is great for many things, just not for VC.

Just 15 short years later, Cristiano is a surprisingly popular name amongst the young men of some areas of Manchester, and VC, or telepresence to give it its slicker name, is adopted on an hourly basis.

Delivered over mobile, desktop, laptop, handset and room units, it is breaking down geographical boundaries and has almost become second nature.

Coupled with Cisco Webex, meetings can now be arranged and joined in a matter of seconds, with attendees benefiting from content sharing and high-quality audio video from any device.

Over the last 12 months, Node4 has seen its largest use of Cisco Webex ever. We've used it for 3,650 meetings and our highest single monthly usage was November with 1,435 meetings which given there were 22 working days in November, that's over 65 per day - sixty-five!!

Sixty five times a day, our teams are collaboratively working together, or with customers, via a digital medium, that is so intuitive and fast to use, it is becoming second nature. Our consistent and educated use of this platform has convinced our customers to invest as well, with numerous customers moving to telepresence and Cisco Webex after attending online meetings.

Month by month Node4 has seen a steady increase in not only meetings being held on the collaboration tool, but video and content as well. Over a third of all Cisco Webex meetings held, now involve video to bring offices and external parties together.

It’s now used for multi-site team meetings, interviews and board meetings, extending all the way to other countries. It’s a world apart from the technology of 2003 and now practically everyone can set it up. Who knows if Dave in Accounts ever got to grips with spreadsheets, but otherwise it’s been a great time for progress.

To see how Cisco Webex can help your business, please reach out to Node4 for a free 30-day Cisco Webex trails. Or come along to Techfest were we'll have a Virtual Meeting zone to discuss all things collaboration and show you the technologies we use.