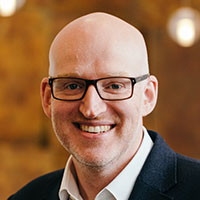 Node4, the cloud-led Managed Services Provider (MSP), has delivered a comprehensive IT infrastructure upgrade for Victoria Plum, one of the UK’s largest and best-known online-only bathroom retailers. The project, which evolved from the desire to close Victoria Plum’s head office and make homeworking permanent for most of its workforce, was delivered via Node4’s revolutionary Services Gateway. It focused on four key areas: Backup, Disaster Recovery (DR), MPLS inter-site connectivity, and Security as a Service (SECaaS).

When COVID-19 struck in March 2020, Victoria Plum, like many organisations, had to find a way for employees to work safely from home where possible. Initially worried that this would be unsustainable, the company’s executive management team quickly realised that a long-term homeworking policy could revolutionise the business and make it even more cost-effective. Victoria Plum’s staff were keen to make the switch too, but there was one major barrier. Before the pandemic, Victoria Plum’s backup and disaster recovery strategy relied on two physical data centres — one located at the company’s head office, and the other at the central distribution centre. A new DR solution would have to be found if the company’s head office was to be closed permanently.

Dom Russell, Victoria Plum’s Head of Infrastructure, was tasked with finding an alternative DR strategy. As he looked further into requirements, he realised that the IT infrastructure update project also offered a unique opportunity to strengthen the company’s cybersecurity posture. In addition, it provided the chance to improve connectivity between the primary distribution centre and smaller regional delivery hubs.

Dom Russell explains: “The pandemic changed how Victoria Plum operated as a business. We moved to a remote-working model and closed our head office, which meant we had to evolve our IT infrastructure.

“To meet our requirements, we needed an IT partner which offered excellent cloud services, well-managed security credentials, physical WAN connectivity, and backup and recovery services.

“We found that Node4 was the only provider which could meet all aspects of our brief. Since partnering with them in August 2020, the team has been attentive to our needs and enabled a transformation in our infrastructure.”

Node4 began by moving Victoria Plum’s data backup destination from the physical data centre in its head office to the cloud. Node4 then deployed a cloud-based Disaster Recovery as a Service (DRaaS) solution. This combination of managed services delivered a far more formal, structured, and comprehensive backup and DR infrastructure.

As a result, Victoria Plum benefits from improved network resilience and enhanced reliability across core IT systems — making it easy to failover between internet providers should that be required. Node4 also provided Dom Russell and his team with a security solution to meet increasingly complex compliance.

“Our truly holistic approach lets us help businesses like Victoria Plum continue to succeed, even against the backdrop of the pandemic and all the challenges it brought,” comments Paul Bryce, Managing Director at Node4. “For Victoria Plum, the move to homeworking revealed an opportunity to evolve the business and further streamline operations. It also acted as a catalyst to improve security and overhaul inter-site connectivity. We look forward to our continued work with Victoria Plum and to seeing even more tangible long-term benefits of adopting our Services Gateway.”

Dom Russell concludes: “The team at Node4 has helped to stabilise and secure our entire infrastructure, which gives us great peace of mind. I’m confident that our IT systems are now more resilient and well equipped to support our remote working and future operations.”

At Victoria Plum, we’re proud to have helped over 2 million customers across the UK achieve their own Little Bathroom Victories. We sell exclusively online, meaning we don’t have expensive stores or showrooms, allowing us to pass the savings on to our customers. As well as offering many of the big brand names customers know and love, we also design and source our products directly, cutting out the middlemen and keeping prices low. Founded in 2001, we’ve been at the forefront of online bathroom buying for nearly 20 years, pioneering new and innovative ways to help make life easier for our customers, including our specialist delivery service, state-of-the-art distribution centre and fully accredited Design and Installation service.